Havering Museum occupies the ground floor of the last surviving Romford Brewery building, and Brewery memorabilia features prominently in our collection. Our featured object this month reflects the close relationship that the Brewery once enjoyed with the local area.

After the Romford Brewery Company was established in 1980, they decided to brew a special beer for sale exclusively in their 24 pubs. Romford Brewers Bitter was launched in 1981, its competition-winning logo featuring the Brewery’s distinctive black and gold gates.

Two years later, the Brewery ran a sales campaign called the Brewers Bitter Pilgrimage, which challenged customers to drink a pint of the brew in each of the 24 pubs between 6 May and 30 July 1983. 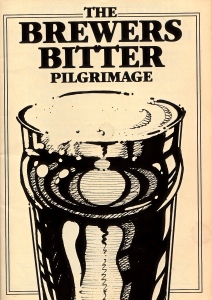 The landlord of each pub would stamp and sign the relevant page of this booklet as proof, and a sliding scale of prizes were awarded to those visiting 6, 12, 18 and 24 pubs respectively, the top prize being a VIP tour of the Brewery. The booklet includes beautiful sketches and descriptions of all the pubs, some of which are sadly no longer operating today. 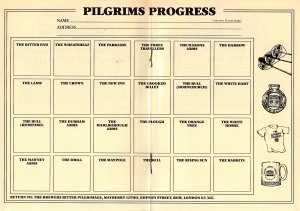 Centre page of the booklet showing all of the 24 pubs on the Pilgrimage (Museum Collection, ROMHM.2015.30)..jpg

Other pieces of Romford Brewers Bitter memorabilia in our collection include beer mats, a bar towel, and a set of dart flights, the last of which was the prize for completing the first six pubs on the Pilgrimage. 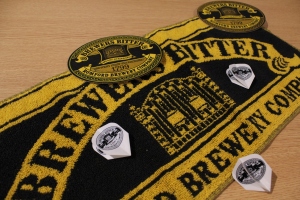 Did you complete the Brewers Bitter Pilgrimage? Do you still have your prize? To share your memories, or for more information, please contact collections@haveringmuseum.org.uk