In the run up to Christmas we’ll show some of the objects added to the Museum’s collection in the last 12 months. These objects will be on display at the Museum until we close for Christmas on 16th December. 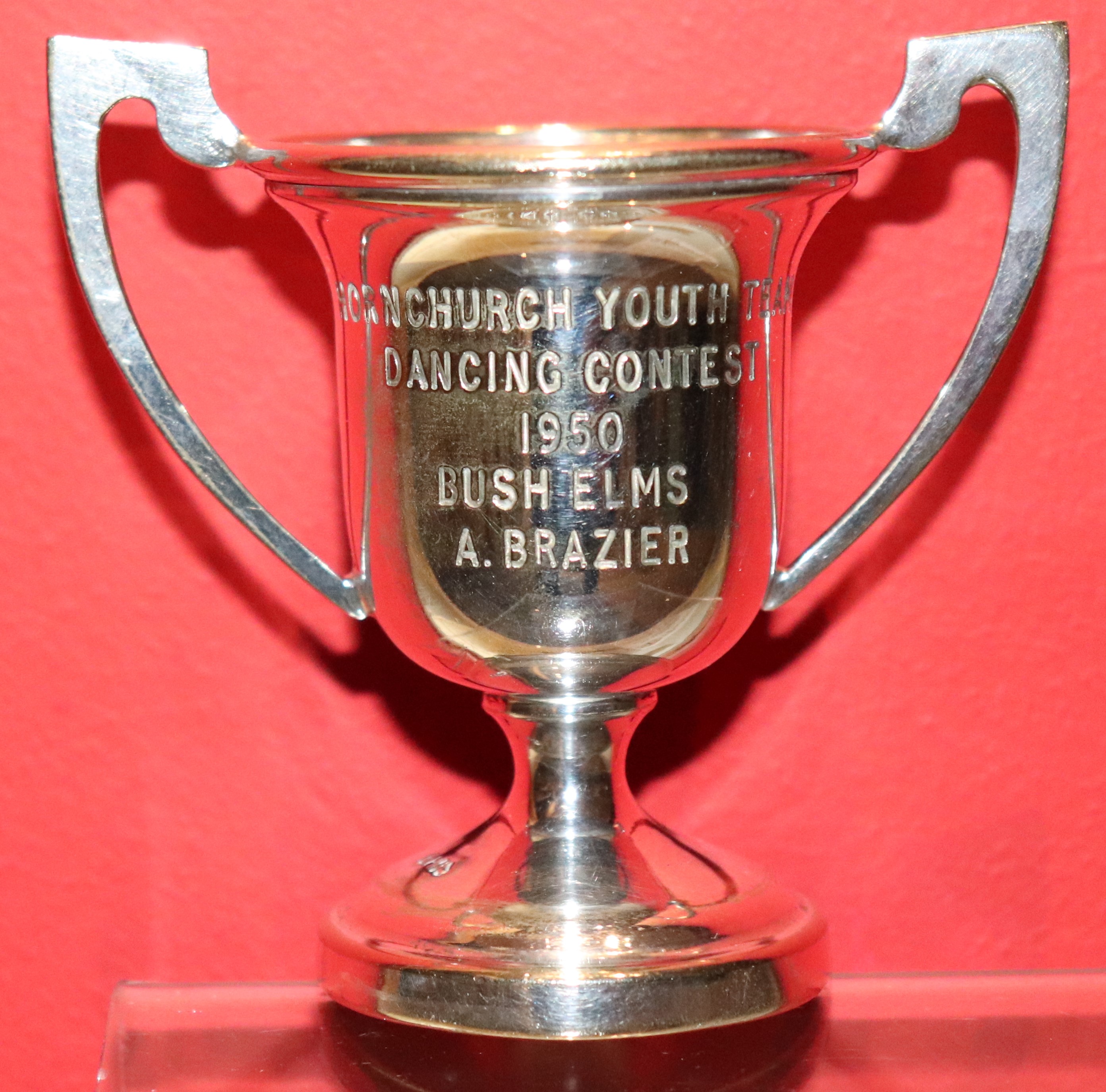 This trophy was won by the donor’s mother, Adrianne Brazier of Osborne Road, Romford. She attended dances at a hall in Bush Elms, Hornchurch and won this trophy in 1950 at a competition held at Suttons. She and her partner Alan Johnson came second, but Adrianne was nonetheless very pleased with herself according to her diary entry for the day.