Recently we renovated our Childhood Case to celebrate the Royal birth. Here are just a few of the artifacts that are on display at the Museum which tell us something of the history of growing up:

German tin plate mechanical clockwork cannoneer: It is at least 70 years old. The toy  scoots across the floor when the mechanism under the man is squeezed. It is on loan from one of our Volunteers, Anthea Fisher. 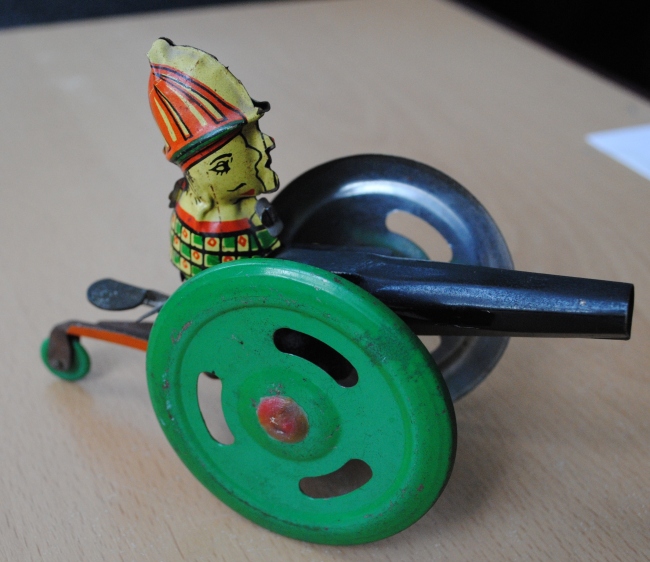 1833 Sampler: The sampler was made by Ann Winchester aged ten.  She embroidered a hymn and honeysuckle border in coloured wools, and the rose border and potted flowers were worked in fine glass beads, onto a linen panel. The quality of needlework is remarkable for such a young person.  However, according to our Collections Team Leader, Chloe Branwhaite, “what we must remember in the 21st 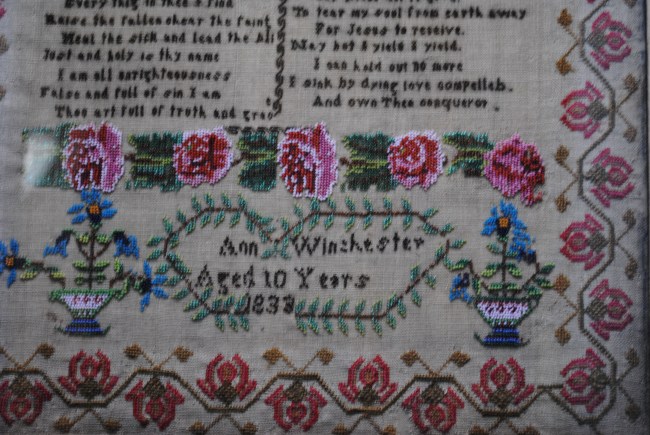 Century, is that girls were taught sewing from a very young age in expectation of their future domestic role within a household. Samplers were a way of practicing and exhibiting their skill and ability”.

Squashed banana shaped bottle – “Dimples Hygienic” brand – dates to the 1930s. It looks unusual to us today, but was a common design in the first half of the 20th Century.  The design of baby bottles improved as the century progressed. Early baby bottle were difficult to clean and increased the risk of bacteria that caused potentially fatal gastro-intestinal illnesses. This design was touted as being more hygienic because its shape allowed for easier cleaning.

Victorian Boot: was probably not meant to be worn as it is the wrong shape for a baby’s foot. Footwear was also expensive and would not have been made for infants not yet of walking age. It was probably made by an apprentice shoemaker as a practice piece, to exhibit their skill. This particular example was found as a good luck token hidden inside the structure of a local building.

Slate: Young children in the 19th Century were taught to write on slates because paper was expensive. The slates were usually framed, and as in this alphabet example, the frames could have educational decorations. 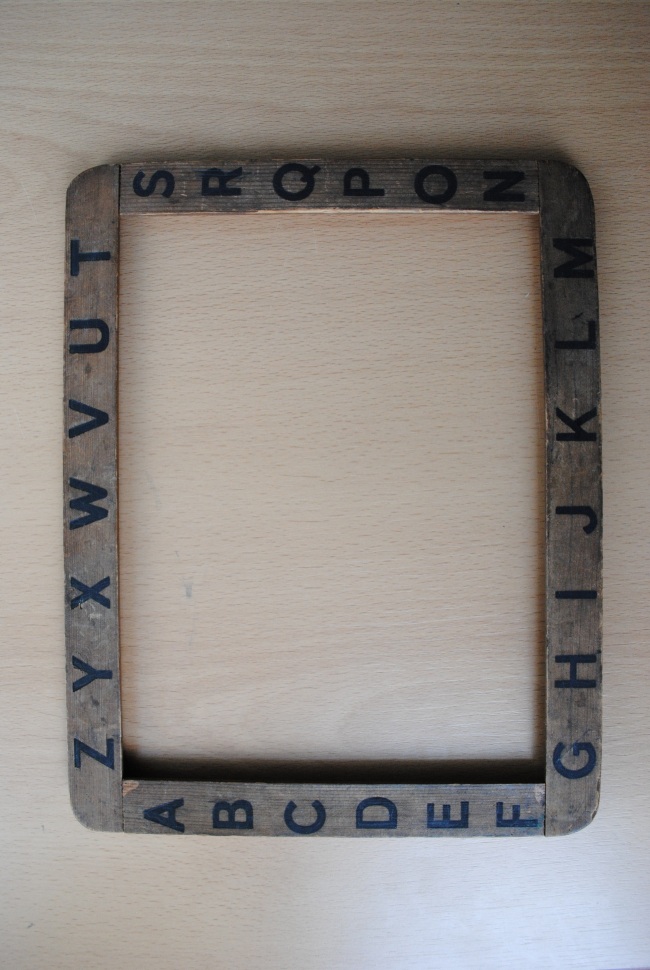